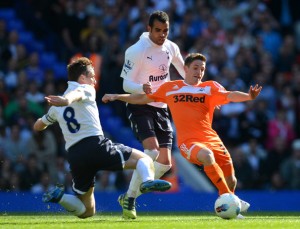 Adding some resilience to the midfield 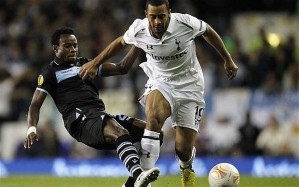 The day before Tottenham- Sunderland and I’m more excited than I have been in a while for the last game of 2012. This Christmas period has been pretty good if your a spurs fan, not so much if your an villa fan. With only Man Utd (16) having taken more points over the past six games than Spurs (13). It goes to show that even with the slight hiccup in the Autumn AVB’s team has managed to turn it around with fewer late goals in recent weeks. Personally I see Sunderland as an easy 3 points for Spurs although I would play the team slightly differently to how AVB has been playing it in recent weeks.

For the majority of the Christmas period AVB has preferred to play 2 strikers for most games altering the defence more often than the attack. With Bale missing a few games and the boost of Parker returning I think AVB has played it safe slightly starting with a more common 4-4-2 line up. If i’m not mistaken Dempsey has picked up a slight knock, with Dembelé tweeting that he thinks his injury was very very small with him being able to return to the side for Spurs-Sunderland. Having said that I would aim to rotate the squad as I’m sure a few of the players are getting a tad tired from all this running over the Christmas period. My ideal team would be-

I would like to see Parker returning to the starting line up as captain of the side, following two successive substitute appearances in recent weeks. I doubt Sunderland will pose as a big threat to the current Spurs side but having Parker and Sandro in the team allows for one of them to push forward into the opposing half without having to worry about a gap being created behind them for Sessegnon, who has been Sunderlands greatest threat in recent years. After watching the Spurs-Villa it was hard not to notice Sandro’s increased confidence and brazilian first touch that saw him glide past opponents. He is also continuing to show his wonderful ability to track back and cover in any position when it is deemed necessary. I’m hoping that they both play but if AVB wants to continue with his current attacking presence I won’t be disappointed as Adebayor has consistently created space for Defoe and Bale to flourish in front of goal despite his lazy appearance and the constant demand for goals that we as Spurs fans so often desire in a striker.

I’ll leave you with a few stats collected from the world wide web and twitter:

Hopefully they’ll cheer you up a bit.